My love is in a light attire Among the apple trees, Where the gay winds do most desire To run in companies. There, where the gay winds stay to woo The young leaves as they pass, My love goes slowly, bending to Her shadow on the grass. And where the […] 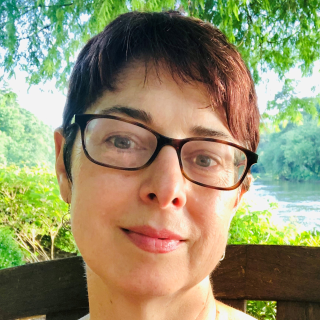 Soul deep storyteller, poet, copywriter, and editor with a passion for wordplay, gardens, literature, and the South

My Other Blog: Random Storyteller

After blue-white flashes seared the living into shades, after black rain unquenched mouths begging the sky, ginkgo fossils shine in temple gardens, bitter-sweet. In a split second on August 6, 1945, up to 140,000 souls disappeared in the Hiroshima atomic blast. Yet new buds emerged from six ginkgo trees within one mile from the bomb […]

Beyond Fear: Taking the Leap

Part of being a creative writer is facing rejection and waking up the next day to try again. The first piece I wrote as a copywriter required seven rewrites. That taught me real fast that writing on the job is business; it’s not personal. It’s about the message and audience, not me. However, sometimes hearing […]

Sunrise Words for My Teacher

In stillness at sunrise, I slide bloodstone beads between my fingers, counting nothing—my hands, invisible to words shut out my mouth and eyes, and I peer into your dark eye where mystics whispered, straining to hear the secrets you buried there when it was simple to fall awake— I catch just a glimpse and drop […]